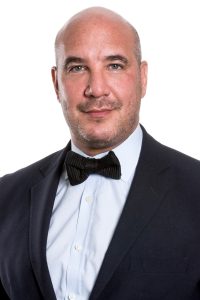 Daniel Winterfeldt is a Managing Director and the General Counsel for EMEA and Asia at Jefferies. He is a senior corporate and securities lawyer with over 24 years of experience in London and New York.  In 2006, Daniel founded the Forum for US Securities Lawyers in London (www.tffusllil.com)  to address US securities issues in the London market across law firms, banks and intermediaries. In 2015 the Forum took a leading role in supporting the London Stock Exchange and Euroclear UK & Ireland (CREST) in designing and implementing the system to allow for the electronic trading and settlement of Regulation S, Category 3 securities of US issuers trading on the London Stock Exchange. For this innovation, which makes it easier for US companies to IPO on the London Stock Exchange, the Forum was ‘Highly Commended” by the FT Innovative Lawyers Awards in 2016 in the category ‘Innovation in Navigating Regulation’.

In 2008, Daniel founded the InterLaw Diversity Forum (www.interlawdiversityforum.org), which seeks to promote meritocracy and inclusion for all diverse and socially disadvantaged groups in the legal sector. Since its founding in 2008 the InterLaw Diversity Forum has expanded its scope beyond LGBT+ to encompass all strands of diversity and inclusion, including Race & Ethnicity, Disability, Gender, and social mobility, with a particular focus on cultural change in the workplace, allyship, and ‘multiple identities’/intersectionality. The InterLaw Diversity Forum currently has more than 9,000 members and supporters from over 300 law firms and chambers, and over 500 corporates and financial institutions.

Daniel was named the ‘Legal Innovator of the Year’ at the FT Innovative Lawyers Awards in 2012 for his work in capital markets and diversity and inclusion, and he was admitted to the Bar of the Supreme Court of the United States in 2013 along with 40 other LGBTQ+ lawyers with the LGBTQ+ Bar Association as part of the celebration of President Obama’s inauguration.

In 2020 Daniel was named an MBE for “Services to Capital Markets, to Equality and to Diversity in the Legal Profession” for his work through the Forum for US Securities Lawyers in London and through the InterLaw Diversity Forum.